I have been remiss about posting. I always tell myself I need to, but yet don't find the time to. Once more, I will change that. ;) 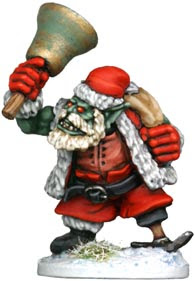 Secret Santa is coming around again this year and thought it may be a good idea to let my Santa know what minis are on my mind, as my blog is a bit out of date.

The two ranges I am super impressed with currently are Claymore Castings and Pro-Gloria miniatures. One of the only reasons I haven't ordered from Claymore Castings yet is I don't know which faction I'd like to collect, so if this is the route my Santa goes, please make the choice for me! As for Pro-Gloria, I have no idea why I haven't ordered anything from them yet as all the sculpts are fantastic Paul Hicks and his Indigogo campaign is starting early November to allow him to produce a fantastic set of plastic Landschnekt.

As always I'm happy to receive anything. Now if only my recipient would post a list...
Posted by Þorsteinn á Heiðini at 11:38 AM 80 comments:

Time to  re-kindle my blog. I have vigour and excitement for some new projects and last night painted more than I have in a long time. To keep myself honest I have decided to post a WIP pic every second Wednesday of a month. Here is a selection of what I'm working on.

So I am already falling behind and did only one entry in November so you will get three in December. This first one is an after action report of the first match of our club's single day Bolt Action campaign, Operation Quarterback. The participants were for the Germans; Kevin leading the defenders, Anthony (the organizer), Dave B and myself. For the Allies; Alex in command, Ernie, Markus and Tobi (a new guy).


Operation Quarterback was a fictitious mission undertaken by American infantry and paratroopers fighting in Normandy in 1944 to secure an MSR to bring their heavy equipment and logistics inland from the beaches. The campaign consisted of four sectors; a swamp, woodland, farmland,  and a factory with outbuildings. The allies were only able to deploy armour in two of the sectors until they had secured the middle  of the AO (including the urban board) which would allow them to rush vehicles up the MSR.


My first match was up against Ernie's infantry platoon and I held two objectives on the urban board. I had also been given the defender's special ability by high command that added a +1 to all my cover saves, this really paid off in the urban environment. The first objective was a command tent containing the German defence plans and the second an ammo cache for our heavy guns. The cache was surrounded by barbed wire and was in the woods outside the factory complex so I deployed an MG42 team in a building that could watch over it and the MSR. I figured (partially correctly) that they would be able to stave off any advance on the cache long enough for my rifle squads to redeploy.


The rest of my platoon deployed at one end of the factory complex preparing to hold buildings within it and set ambushes for the advancing Americans. Ernie deployed his forces in a spread out line with one squad advancing through the woods, another trying to rush up the MSR and the third cautiously moving through the complex. I believe he did not want to get bogged down in urban combat with my fallschrimjaeger but his attack across open ground turned out to be just as dangerous.


After a preparatory bombardment that saw some of my units pinned and some minor casualties sustained Ernie's riflemen came into view of my MG team I let loose. The bullets cut down a couple of yanks and pinned down the squad thus slowing its advance through the woods. As this happened my mortar team added to the confusion by dropping rounds around the Americans moving in the open. Although they didn't hit anyone this added pressure to Ernie to get his grunts moving and into cover.


All the while his one rifle team, and my two in the complex zipped their way between buildings trying to get the drop on each other. The American MG and mortar team tried to get decisive shots at my elite men but only inflicted minor wounds.


Under heavy fire the brave Americans attempted to storm an apartment building held by my spotter as well as the MG nest. They managed to kill off most of the MG team before entering the building and the German spotter bit the dust. The building he had inhabited was shortly retaken by a bold assault across an open street by my riflemen. The yanks assaulting the building with the MG team in it did not fare well either as before they could scale the staircase and get to the second story to finish the job, my second rifle team strapped up and pushed them from the building.

The remnants of his platoon pinned in the open and two nearly full strength squads of elite German troops about to open fire on them, the American officer decided to pull back. A decisive victory to the fallschrimjaeger. I believe after the first round of games the Germans had three victories and a draw thus hindering the allied deployment of armour. The report for the second and third engagements will be in the next post.

In other miniature news I received my secret Santa gift today and am quite impressed that it is nicely wrapped in Toy Story paper and has a card taped to it. This will go under the tree once it is up. I have also been getting back into my Impetus Athenians and now nearly have a hoplite base complete and have begun work on another unit that contains these two fellows. Have a guess at what they may be, there is a hint in the picture (Markus you're not allowed to guess as you know).

Continuing on an Ancient theme if you haven't already discovered the War and Empire Kickstarter by Forged in Battle I highly recommend it. Some great looking sculpts and the backer pricing is fantastic.
Lastly as we played Operation Quarterback on the 9th anniversary of Duelling Grounds existing there was a 25% off sale on all Flames of War merchandise. A bunch of us finally acted on wanting to do Bolt Action 15mm in North Africa and I picked up some halftracks to go with my DAK infantry. I also bought some paints and have begun work on a few test figures. My Stug IV also got some foliage camo post Quarerback.

After receiving a suggestion by the Secret Santa organizer here is my wish list this year. Mainly I'm interested in some sets to paint for enjoyment not specifically for a project as most of my project miniatures have been purchased and await paint. Besides these I'm happy with receiving anything.

Secondly here is a sneak peek WIP for my Pewter to Poppies project. If you want more info on it here is the official announcement by the club. 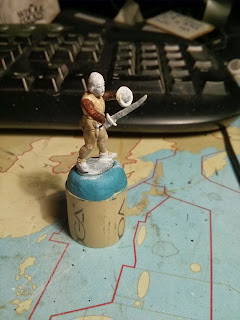 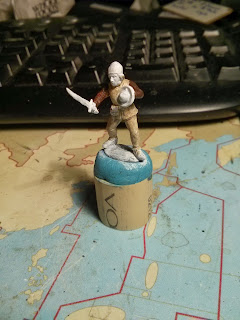 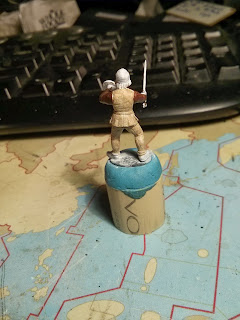 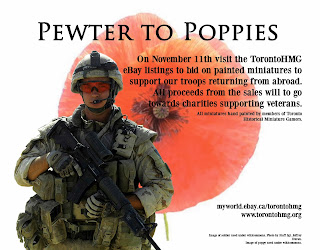 The Toronto Historical Miniature Gamers, my local club, has decided to run a charity fundraiser this Remembrance Day in order to support combat veterans suffering from physical injuries as well as those dealing with PTSD. A bunch of us are painting up a figure or two that will then be auctioned off on eBay starting November 11th with all the proceeds going to Wounded Warrriors.

Over the next few days I will be revealing some WIP photos of the project but to keep you interested here is some of the inspirational material. 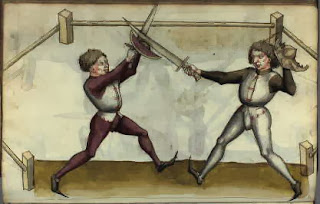 Also coming to my blog soon will be two things. First more regular updates as I'm planning for two posts a month. Second my secret Santa wish list coming up tonight sometime or tomorrow morning as I received a friendly nudge from the organizer.

Having finished school I've had both more and less time to paint and have been spreading paint across a number of projects, but overall not enough on any single one.

Email ThisBlogThis!Share to TwitterShare to FacebookShare to Pinterest
Labels: Pewter to Poppies

Drive them off as if they are Ravens

Today I completed my first unit for Impetus, a group of Greek slingers for a Peloponnesian War Athenian army to fight of Firey Monkey Boy's Spartans. Both his Antigonid and Spartan 15mm Impetus armies inspired me to begin this project and after a first test game I am now mad about Impetus. 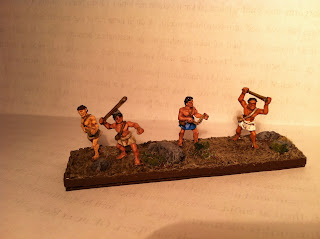 I have never before done multiple figures on a single base and I feel I need to practice more on not getting the wood filler on the figures as I place that down, a task I believe will be harder with the tightly packed hoplites to come. 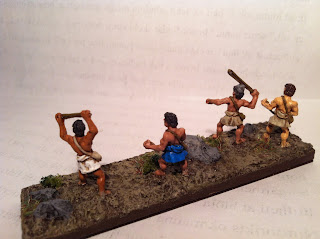 I learned quickly in our test game that slingers are not the greatest skirmishers for advancing as they receive a negative to shoot when moving but they make great speed bumps for adding a disruption to an attacking unit. The 300 point army will have two units of slingers but I hope to eventually do up two units of psiloi with javelins to deploy when attacking.

Next up will be the general's hoplite base as I want to get the bulk of the army, the hoplites, on the field ASAP. Figures are from Xyston.
Posted by Þorsteinn á Heiðini at 8:27 PM 14 comments:

Whoops, with the Skáld ok Kaupmaðr

Sorry I never got those Maurice AARs up but school took over my life. Been gaming regularly once a week at the club but sadly painting hasn't been very productive. By the end of the week I should have all my writing for the term done and have some painting time on my hands. That said I have snuck a few figures in here and there and now I shall share them.

First up is a notables base for my Maurice army. He will be a generic notable for now but once I've done up a few more bases they will be differentiated as to what sort of force they command and he will become a cavalry, or general staff officer. 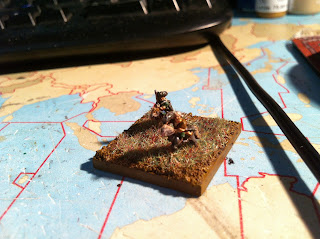 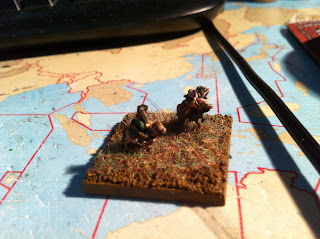 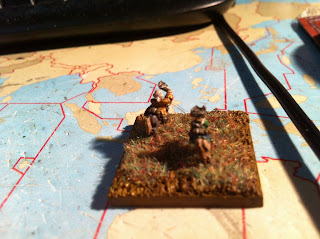 Next up is my first unit for Muskets and Tomahawks which the club is doing in 15/18mm with figures from Blue Moon. My overall force at 200 points will be British light infantry but they will also have 4 members of a colonial militia acting as guides. 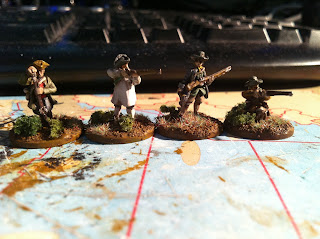 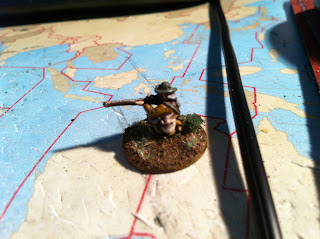 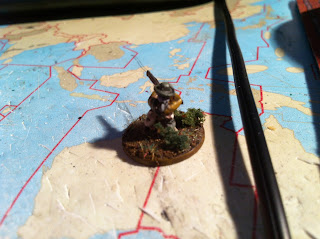 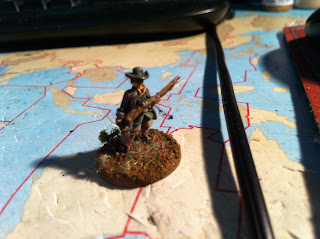 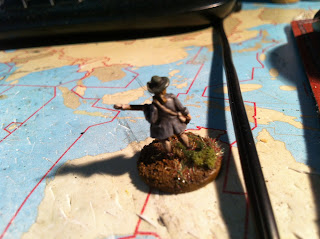 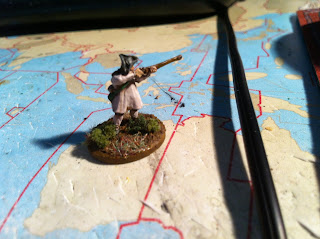 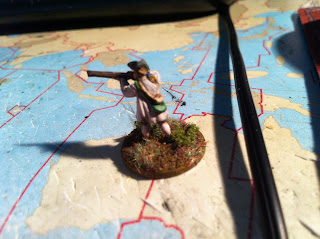 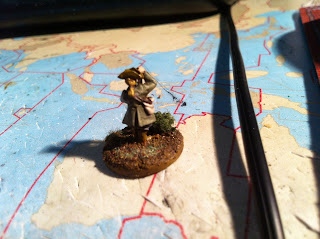 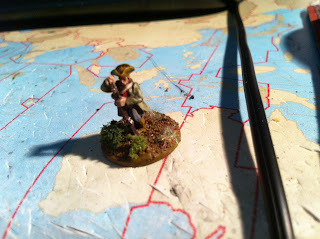 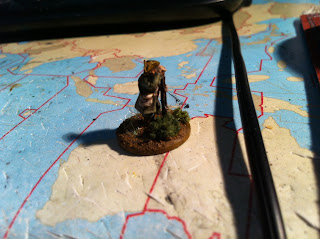 Lastly I have also begun painting a points worth of warriors for my SAGA viking warband that I picked up at Hot Lead. First up is the skáld. An older fellow retained to sing Jarl Þorstein's praise. He, like all good poets, has a horn of mead he is drinking from before going into battle. 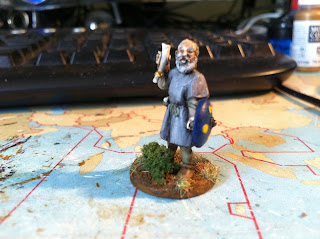 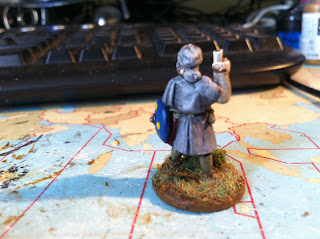 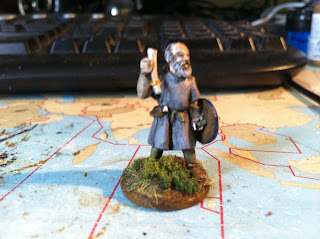 Accompanying him is the kaupmaðr. Having made money trading with the Anglo-Saxons to the south of Jarl Þorstein's lands he has opted to spend his wealth on expensive clothes, as well as a golden ring, brooch and arm ring. When called upon by the jarl he brings his speer and red shield. 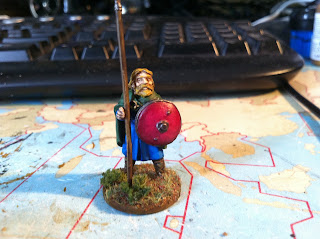 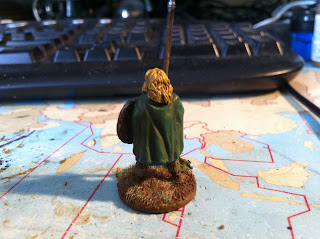 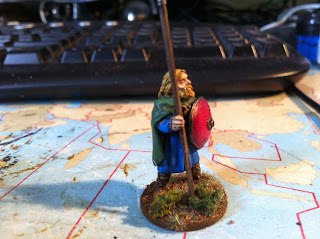 Lastly is a picture of the two together. I have also begun a Dystopian Wars naval project and have one frigate painted but forgot to get a picture of it. That will have to be a separate post later on. 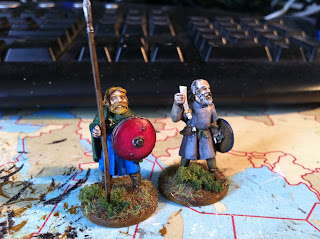